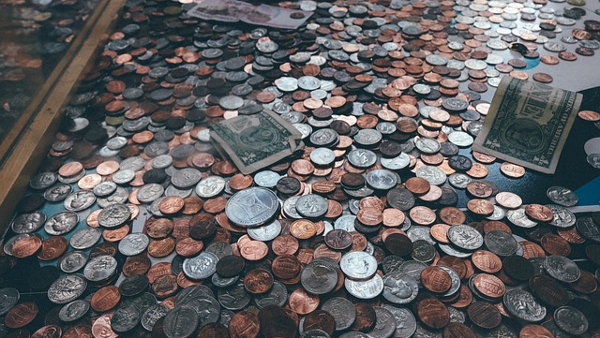 As of today, keen observers such as Rob Arnott can discern grim portents about the economic and political future of the United States. Of course, circumstances can change, but at present, both political parties have surrendered fiscal restraint, spending at will when in power and debasing our currency with measures that rapidly increase money supply and force interest rates to very low levels. The days when Republicans represented cutting costs and letting the markets direct themselves are not just gone, they seem to have evaporated from our memory. The GOP still pays some lip service to the era of Ronald Reagan, but they show no commitment to the principles that made that era prosperous.

I recently had the pleasure of chatting with the brilliant entrepreneur, economist, and money manager Rob Arnott on my podcast Meeting of Minds. Rob is the founder of Research Affiliates which advises more than $150 billion, and he’s written over 100 academic papers and several books. He’s dedicated an incredible amount of time and thought not just to managing money well, but also to nurturing and promoting the ideas and factors that influence markets, including politics. That kind of holistic perspective is rare and incredibly valuable, and it’s no surprise that Rob is one of the leading minds on these issues.

During our conversation, Rob succinctly summed up the situation many of us find ourselves in: “My core political principles are really simple: It’s personal liberty, economic freedom, respect for the constitution, and limited government. For 2020, I don’t know which party showed respect for any of the 4.”

Supply-side economics isn’t the only ship that’s been abandoned, even the cruise ship the S.S. Keynes is being deserted. “Even Keynes thought you run surpluses during the good times so that you can afford to run deficits during the bad times, and inflation is the enemy of everyone,” said Rob. “Those are out the window. So people […] claim to be Keynesians, [but] the neo-Keynesians have a radically different worldview in which inflation is desirable and in which deficit spending through thick or thin is the right way to do things. It’s extremely dangerous.”

The current debates over whether a 2.5% annual inflation rate is too little, too much, or just right become pedantic when you zoom out and view it from a historic perspective. Again, Rob put it very well: “The difference between 2% and 3% inflation is, do you want the dollar to be worth 13 cents or 7 cents 100 years from now? It’s splitting hairs. It would be nice if the dollar’s worth a dollar.” If we’re struggling to keep inflation under control for 5-10 years, we may have already lost the will to fight. To quote Rob, “You can keep [inflation] under control for hundreds of years if you’re determined…” And we, it seems, are not determined. The problem is the will, not the way. We know how to do it. If you’re a student of economics and history, you know that with the political will inflation can be controlled — the Byzantine empire maintained the stable purchasing power of their currency for over 600 years.

Once again, the ability to pull together a comprehensive view of the interplay between the economy, markets, and politics is essential. “There’s a lot of misconceptions out there about the linkage between the economy and capital markets, that linkage is more tenuous than most people think,” Rob said. Bad policy can go together with good market performance at least for a time, and vice versa. There are unexpected interactions between politics and markets — for example, flights to safety during bad economic environments and the unexpected benefits to large incumbent companies during periods of crony capitalism.

If politics are linked with markets and the political outlook in the United States is poor, what is a smart and patient investor to do? For starters, work on dropping the home bias favoring domestic investments. So many people think diversification means spreading investments across sectors or asset classes but within the U.S., totally ignoring the obvious concentration risks of only investing in a single country.

Click here to listen to the full fascinating discussion Rob and I had, I think you’ll find it eye-opening. You can also click here to watch a video of our chat. Here are just a few of the questions we covered: