Brad Hewitt serves as chief executive officer of Thrivent Financial, the country’s largest fraternal benefit society. A Fortune 500 organization, Thrivent is leading a nationwide movement of Christians and their communities to be wise with money and to live generously. It is one of the 10 largest mutual companies in the US, serves more than 2.3 million members nationwide, and manages more than $100 billion in assets. Brad began his career in 1982 with Securian in the Actuarial Services department. He joined UnitedHealth Group (UHG) in 1986 as director of underwriting. From 1993-1998 he served as chief financial officer and later as CEO of Diversified Pharmaceutical Services (DPS), a division of UHG. Following the sale of DPS to SmithKline Beecham, he served in a role with the Lutheran Church Extension Fund. Hewitt currently serves on the board of Habitat for Humanity International, the board of the International Cooperative and Mutual Insurance Federation, and the board of managers of the Ron Blue Institute. 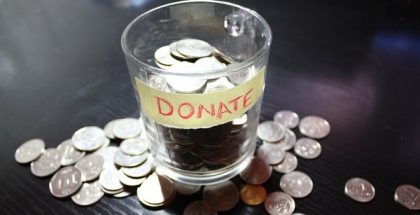 Guarding Against the Degradation of Charity

A selection from the Christian Economic Forum.

Am I my brother’s keeper? Love your neighbor as yourself; but who is my neighbor? How do we bear one another’s burdens and so fulfill the law of Christ (Gal. … END_OF_DOCUMENT_TOKEN_TO_BE_REPLACED