Jim Huntzinger began his career as a manufacturing engineer with Aisin Seiki (a Toyota Group company and manufacturer of automotive components) when they transplanted to North America to support Toyota. Over his career he has also researched at length the evolution of manufacturing in the United States with an emphasis on lean's influence and development. In addition to his research on TWI, he has extensively researched the history of Ford’s Highland Park plant and its direct tie to Toyota’s business model and methods of operation. Huntzinger is the President and Founder of Lean Frontiers and a graduate from Purdue University with a B.S. in Mechanical Engineering Technology and received a M.S. in Engineering Management from the Milwaukee School of Engineering. He authored the book, Lean Cost Management: Accounting for Lean by Establishing Flow, was a contributing author to Lean Accounting: Best Practices for Sustainable Integration. 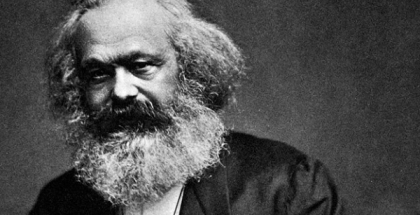 Marx vs. Markets: Which Destruction is Most Creative?

A gross misunderstanding exists of the condition of manufacturing in the United States.  Many believe that production is moving offshore in a wave that is destroying our manufacturing base.  While there has been manufacturing that has moved out of the … END_OF_DOCUMENT_TOKEN_TO_BE_REPLACED