Peter Greer is president and CEO of HOPE International, a global nonprofit focused on Christ-centered job creation, savings mobilization, and financial training. A graduate of Harvard’s Kennedy School and the former Managing Director of Urwego in Rwanda, he authored The Poor Will Be Glad (2009), The Spiritual Danger of Doing Good (2013), and Mission Drift (2014). Peter blogs at www.peterkgreer.com. Follow him on Twitter at @peterkgreer.

Thirty years ago, a greater percentage of China’s population lived below the poverty line than in most other countries, according to the World Bank.

Drastic economic reforms were undertaken.  From 1981 to 2005, the proportion of China’s population living in poverty … END_OF_DOCUMENT_TOKEN_TO_BE_REPLACED

I recently had the opportunity to hear Bob Lupton, author of Toxic Charity: How Churches and Charities Hurt Those They Help (And How to Reverse It), speak at the co-lab conference in Chicago.

I was especially struck by his take on the … END_OF_DOCUMENT_TOKEN_TO_BE_REPLACED

One of the best parts of my job is I often get to interact with next-generation leaders who—motivated by their faith—are passionate about tackling some of the world’s greatest challenges.

Here are just five social entrepreneurs who inspire me and … END_OF_DOCUMENT_TOKEN_TO_BE_REPLACED 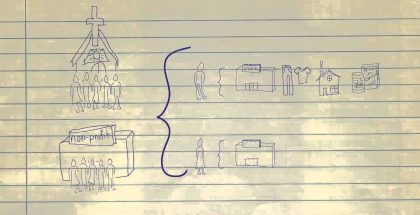 The last few months, I’ve had a number of conversations with friends who wonder how the principles that drive HOPE could be applied domestically. It’s a good question, and although HOPE has decided to remain focused internationally, I strongly believe … END_OF_DOCUMENT_TOKEN_TO_BE_REPLACED

It’s not news: Getting a job is probably the most basic way to get out of poverty.

That’s why I’m amazed by the fact that in Christianity Today’s list of top 10 poverty alleviation strategies, only one directly involves job creation (microfinance).

How do you define poverty?

This question was posed to a group of women in rural Rwanda who live on less than $2 a day.

Their first five answers were …