Reuven Brenner holds the Repap Chair at McGill’s Desautels Faculty of Management, serves on the Board of the McGill Pension Fund and is member of its investment committee. He worked with Bank of America, Knowledge Universe, EEN, Bell Canada, Repap Enterprises and with investors in Canada, Mexico, the US and Europe. He has been involved in the private equity markets as partner in Match Strategic Partners, has been investing in start-ups across Canada, as part of an "angel group," and also created his own start-up, "e-mortal.com." He has also been serving on boards of companies and institutions. He was expert witness in cases covering anti-trust, bankruptcy and financial matters. In other spheres, Quebec’s government asked him in 1995 to be member of a commission whose mandate was to examine all aspects of Quebec’s possible separation. He was also asked to testify before US Congressional Commissions and Canada’s Senate’s Banking and Finance Committee, and worked with Poland's central bank during the recent crisis. His recent books are A World of Chance (2008) and Force of Finance (2002). His regular columns appeared in Forbes, The Wall Street Journal, Asia Times and other financial press around of the world. Forbes’ journalists put two of his earlier books in their all time recommended list, and Forbes Global dedicated a cover story, titled “Leapfrogging,” to his works and endeavors. Brenner also received the Killam Award (1992), the Royal Society elected him as “Fellow”(1999), and he received a Fulbright Fellowship Grant (1976). Brenner was born in Rumania and immigrated to Israel in 1962. He served in the Israeli army between 1966-69, during the Six-Day War, and again during the 1973 Yom Kippur War. The Fulbright fellowship brought him in 1977 to Chicago, after completing his PhD at the Hebrew University and working at the Bank of Israel, where he received the First Prize from Israeli banks (for work with Saul Bronfeld, designing indexed securities). He lives in Canada since 1980. He is fluent in English, French, Hebrew and Hungarian. 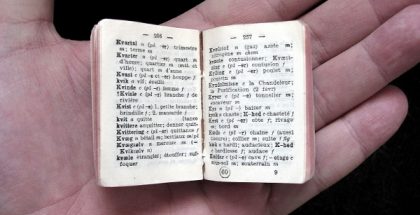 Lost in Translations: If Only People Read the Bible in Original, There May Have Been No Subprime

The Bible does not prohibit lending or borrowing: It prohibits asking interest from the poor, which makes sense. Poor people have no collateral. They have no income, no jobs, no assets, no prospects – this is what defines being “poor.” 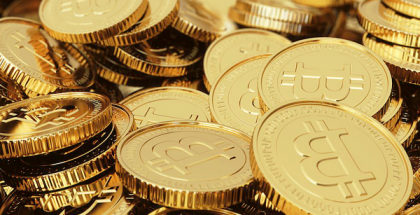 In his book Money Mischief, Milton Friedman reported the well-known story of the monetary system of a small island in Micronesia. At the end of the 19th century, the inhabitants used stone wheels as a medium of exchange and … END_OF_DOCUMENT_TOKEN_TO_BE_REPLACED 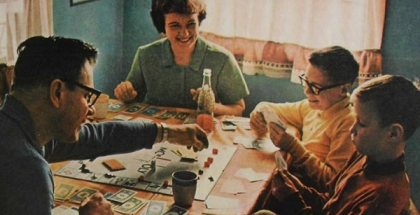 In an interview over the summer, Mr. Obama correctly emphasized both that “upside mobility was part and parcel of who we were as Americans” and also that such mobility has been “eroding over the last 20, 30 years, well … END_OF_DOCUMENT_TOKEN_TO_BE_REPLACED 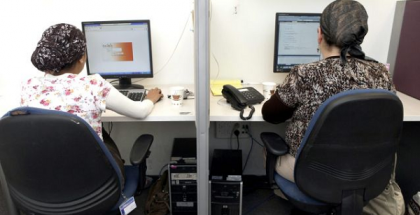 Picking up where we left in my previous article: The U.S. does have options. One is to offer a package of taxes and benefits sufficiently exceeding what’s offered elsewhere in order to bring more talent and capital to its shores. … END_OF_DOCUMENT_TOKEN_TO_BE_REPLACED

It is not difficult to further illustrate that restructuring post-secondary education would not affect the quality of learning. Consider this: in many years over the last few decades, accounting is among undergrads’ top choices at business schools. Do students specializing … END_OF_DOCUMENT_TOKEN_TO_BE_REPLACED

How Our Education System Fell into Decline

Accelerated Learning Would Add Trillions of Dollars in Wealth

If students could complete their education a year faster, the many benefits would include increased personal wealth, decreased government spending, and more sustainable entitlement programs.

Political discussion today is dominated by a pessimistic tone about government deficits, taxes, and our aging population. But, … END_OF_DOCUMENT_TOKEN_TO_BE_REPLACED

If there is validity in the parallels drawn in my previous articles, China should prosper, though  we do not know how long it would take. Recall Shakespeare’s Shylock. Below its dramatic surface, that play is about trust versus contracts. Members … END_OF_DOCUMENT_TOKEN_TO_BE_REPLACED

In my previous article, we saw one of the consequences of human population regulation, drawing parallel between present-day China and 18th century Austria. European Jews faced and adapted to another consequence: A wide range of other regulations and expecting less … END_OF_DOCUMENT_TOKEN_TO_BE_REPLACED

Ten years ago, I wrote about the possible consequences of China’s one child policy (published in Asia Times Online, Financial Times, and Singapore Times). All of it seems to have held the test of times – and recent evidence strengthens … END_OF_DOCUMENT_TOKEN_TO_BE_REPLACED

When the “Vital Few” Go Mobile?

As we saw in my previous columns, the recent financial crises rhymes strongly with the one John Law and the Japanese government managed to engineer. Though in different ways, they were all “land-based”, drawing on the misperception that there is … END_OF_DOCUMENT_TOKEN_TO_BE_REPLACED

Why Governments Want Your Immobility

As we saw in my previous article about the perils of a banking system which is based on land values but which is not constrained by a monetary gold standard, many things perceived “real” can melt into thin air in … END_OF_DOCUMENT_TOKEN_TO_BE_REPLACED